An evening at the Gaumont-Palace!

Cine-concert at the Auditorium of Lyon
Wednesday, October 14 at 8pm 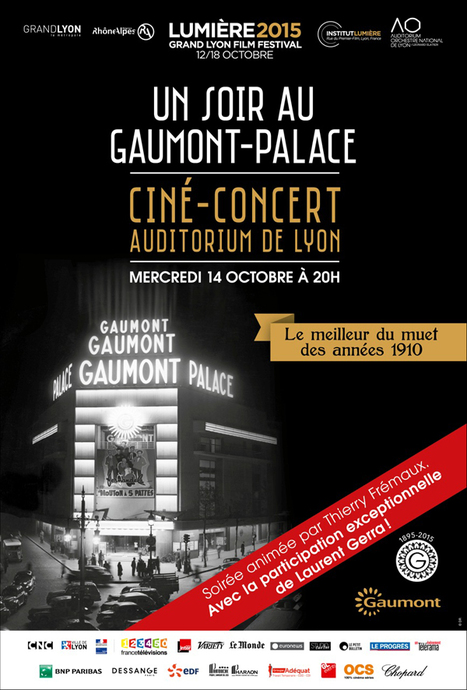 "These silent films that talk to us"
Didier Blonde

For its new Wednesday evening cine-concert at the Auditorium of Lyon, the Lumière festival 2015 plunges into the roaring twenties of the Gaumont-Palace, the luxury liner of the Parisian Belle Époque, in its heyday the flagship cinema of the Gaumont company (3,400 seats at its opening in 1911!). The best, most beautiful and most surprising silent films from the 1910s will be screened with piano accompaniment. An evening under the sign of fantasy and fun!