Every year, high-schoolers participating in the festival vote via the Internet to elect the film of their choice from the Lumière program.

For this edition, many Rhône-Alpes students took part in the vote.

The 2nd annual High School Prize was announced during the festival closing ceremony on October 18. The Halle Tony Garnier audience discovered that the students chose to honor They Were Five by Julien Duvivier. This year, the students were again guided by the educational staff of the Institut Lumière in collaboration with the Rhône-Alpes region. This Prize succeeds the 1st High School Prize in 2014, which ended in a tie between High Heels by Pedro Almodóvar and It's a Wonderful Life by Frank Capra. 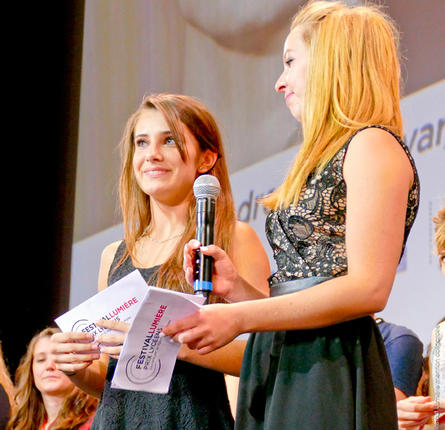