Become a Volunteer
at the Lumière festival 2015

As a volunteer, you will be participating in the general organization of the festival and its preparation: welcoming audiences to the film theaters, the festival village, Lumière Nights; driving guests around the city and the metropolitan area; performing communication tasks...

An information meeting will be held on Monday, June 1st at 7pm at the Hangar du Premier film of the Institut Lumière.

The meeting, which will mark the launch of volunteer applications for this 7th edition, will present the general organization of volunteering at the festival in 2015 and new features that will be implemented.

Come one, come all, and join us! 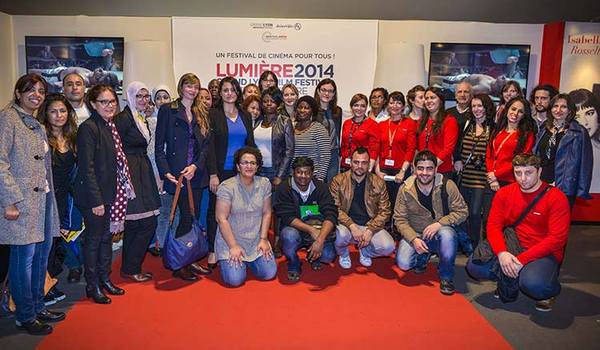 Volunteers at the Lumière festival 2015

The festival has maintained a friendly and human spirit thanks to the involvement of its team of volunteers. Volunteers provide an essential support system, integral to the success of the festival, and bring their energy and skills to a wide range of tasks:

• work both before and during the festival
• participation at all sites of the festival- in the movie theatres, at the evening event reception areas, at the Day Village and the Night Village
• welcoming the public and guests, help with distributing communication...

Volunteer profiles are varied: women and men, of all ages, students, retired persons, job-seekers, or in professional integration programs, they’re from Lyon and Greater Lyon, they perform their duties with enthusiasm and efficiency, fully dedicated to the festival, its public and its guests.

It is worth noting the strong student participation and active workers, who represent 32% and 36% of volunteers respectively. 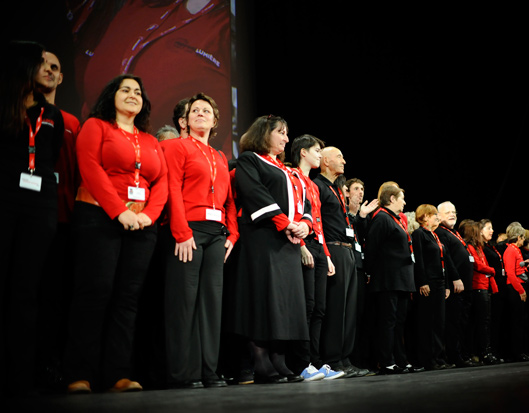