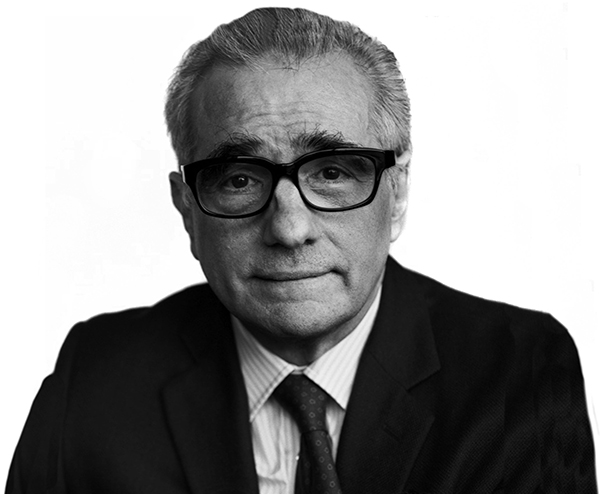 It is American director Martin Scorsese who will receive the next Lumière Award. The filmmaker will receive the distinction during the Lumière festival, to be held in Lyon and Grand Lyon (now the Metropolis of Lyon) from Monday 12 to Sunday 18 October 2015.

Awarded by the Institut Lumière, the Lumière Award will be presented to Martin Scorsese for entire filmography, for his generous love of film, for his tireless fight for the preservation of the cinema of yesteryear, for his feature films, for his documentaries, for his love of music, for his kindness to young filmmakers from around the world, and also for his thunderous laugh.

Born in New York in 1942 to a family of Italian origin, Martin Scorsese studied film and graduated from New York University. He made his debut with short films that received acclaim, including the famous The Big Shave. He made his first feature film, Who’s That Knocking at My Door, in 1967.

In 1970, Martin Scorsese signed on for the adventure of Woodstock, the documentary by Michael Wadleigh, becoming the film’s editor. He worked with Thelma Schoonmaker, who would become his official film editor and one of his most loyal collaborators.

In 1990, he created the The Film Foundation in the US, which has restored hundreds of films, from the masterpieces of film history to silent, documentary, independent, and avant garde works. In Cannes, he founded the World Cinema Foundation in 2007 with Gian Luca Farinelli and Thierry Frémaux in order to fund the restoration of films from Asia, Latin America, Eastern Europe or Africa. In 2014, he launched the World Cinema Project as part of The Film Foundation to continue the preservation of neglected films, presenting these restorations at Cannes Classics, in Bologna and elsewhere in the world. Many of these restorations will be screened in Lyon..

A prominent member of the community of filmmakers and cinema buffs, and particularly well-placed to receive the Lumière Award, Martin Scorsese was also close to director Michael Powell, welcoming the latter at the end of his life in New York, as did Bertrand Tavernier in Paris.

Martin Scorsese directed 23 feature films. He is also the director of several  documentaries, most of which focus on important figures in music (George Harrison, the Rolling Stones, Bob Dylan) or the cinema (evoking his various «journeys» in American or Italian cinema, and Elia Kazan).

His work has been crowned with numerous international awards. After receiving many Oscar nominations, he won the Academy award for best director for The Departed in 2007.

Martin Scorsese has just completed filming Silence in Asia, adapted from the novel by Japanese writer Shusaku Endo, a project that had long been in the works.

From October 14th, the Cinémathèque française will host an exhibition conceived in 2013 by the Deutsche Kinemathek and dedicated to the world of Martin Scorsese.

This will be Martin Scorsese’s first trip to Lyon. «What the Lumière festival does is very important,» he declared. «And it means a lot to me. I am proud to be invited and to receive the Lumière Award.»

The Lumière Award will be presented on Friday, October 16 at L'Amphithéâtre - the Convention Center of Lyon, before a French audience and many guests from around the world.

The Lumière award was created by Thierry Frémaux and Bertrand Tavernier to celebrate a director or personality of the cinema in Lyon, the very place where the Cinematograph was invented by Louis and Auguste Lumière, and where they shot their first film in 1895, Workers Leaving the Factory. Since we must express our appreciation to the directors and artists of the cinema who fill our lives, the Lumière Award is a distinction reflecting time, gratitude, and admiration.