Presented in digital version for the kids of the Lumière festival

Film in French. Plus a snack!
Wednesday, October 14 at 2:30pm at the Halle Tony Garnier 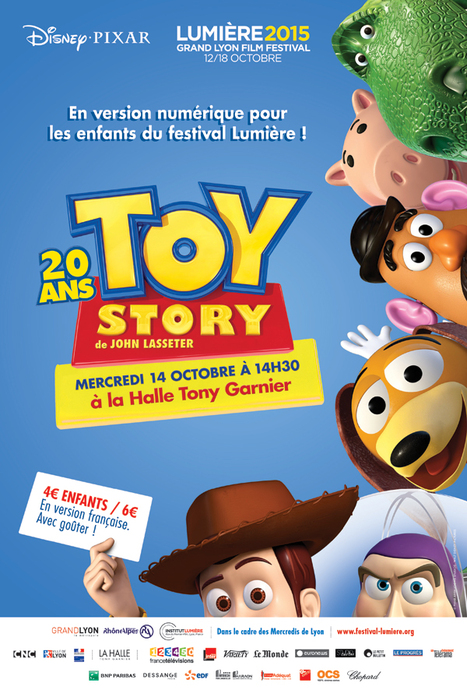 Pixar Animation Studios agreed to create a superb digital print of the original film exclusively for the Lumière festival! In optimum conditions at the Halle Tony Garnier, kids and adults alike can rediscover the first feature film of the studios, a reference today, and their first masterpiece!

Lumière! at the hospital

Children and adolescents from pediatric units of the "Groupement Hospitalier Est," the Woman-Mother-Child Hospital in Bron and the Centre Léon Bérard, accompanied by their parents and siblings, will each attend a screening of Toy Story by John Lasseter in the hospital.

The screenings will be introduced by Karole Rocher and Thomas Ngijol.

This event is made possible through a partnership with the association Les Toiles Enchantées ("Magic Screens"), presided by Lambert Wilson.